I remember my first triathlon many years ago, and how much I didn’t know about the sport.  Totally ignorant. 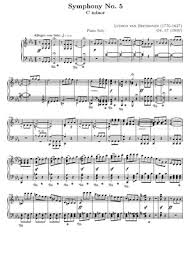 Back then there were no wetsuits, bike seats were almost a one size fits all (or you’re a weenie), and most of the bikes weighed about as much as a good mountain bike now weighs.

I biked in my running shoes, wore my running shorts up over my swimsuit, and I didn’t have anything to carry extra food on my bike (heck, I can’t even remember if it even had a cage for a water bottle).

But I got through it.  I also realized at the time that if I wanted to really be good at it I had a lot to learn, and I needed the time to learn it.  So I put off doing more triathlon training until I was older, had gotten faster with my running, and my kids were old enough to watch themselves if I decided I wanted to go for a ride during the week.

I got back into triathlons again in my early 40’s, and I had no idea that there was such a huge learning curve!  I had to learn all about the bike, what the anatomy of the bike was, how important the fit was, bike shoes, saddle, clothing, and then of course the whole issue of race wheels (which I held off on purchasing after I’d been in the sport for 3 years).

I had to learn how to open water swim, how to run off the bike, and most of all my knowledge of race nutrition took an even bigger hit on the learning curve.  Because if you don’t fuel properly you either end up feeling sore and tired all the time, or you just burn out on training sessions like a moth that gets too close to the flame……Phfffftttt!

Each year as a coach I continue to extend my knowledge and stretch myself even more.  Not just to benefit my athletes, but to also stretch my own limitations.  Things I’ve avoided doing in the past I am now starting to attack with a vengeance.

Does it create more work?  Yes, but it also creates an immense amount of satisfaction with the job that I’m doing with my athletes.

So while I am stretching my knowledge of the sport, I’ve also decided to learn the piano this year (and re-learn French).  I was graciously given a piano the other day (Thanks Lynne & Henry!), which was delivered last night (which included all sorts of lesson books in the bench), and the first thing I did when I got back from my workout out today?  It wasn’t me going straight to the computer like most days, but it was sitting down at the piano and reacquainting myself with the keys J

The fulfillment that I have found in increasing my knowledge of this one sport, has helped me to have confidence in tackling NEW things!

This message is only visible to admins.

Thought for the day!

Only a couple of days away from our lifting class!

New class with our new coach @alfredoibarra2012 at

Can’t wait for you all to meet him!

RACE RESULTS OF
ALL ATHLETES